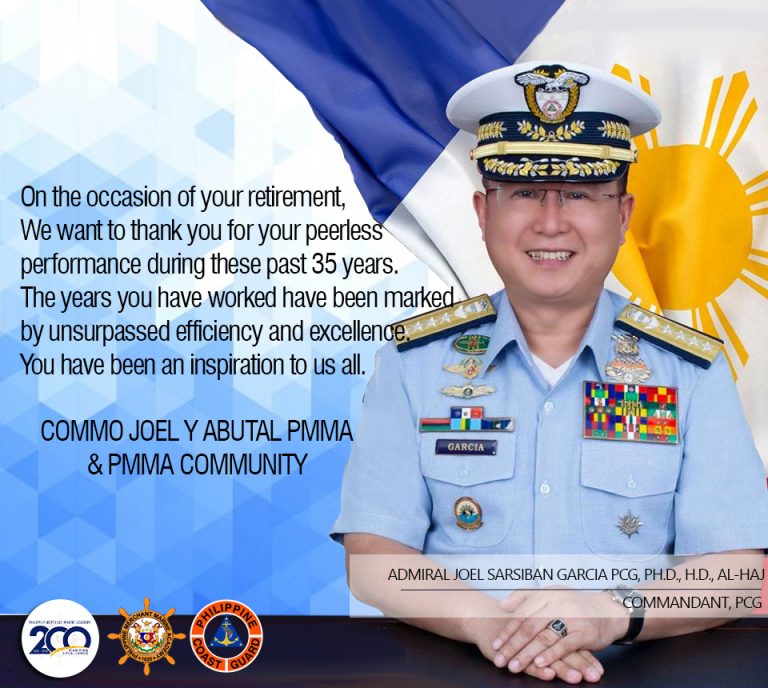 A member of the PMMA Class of 1985, ADM Garcia earned a degree in Bachelor of Science in Marine Transportation. To accentuate his firm belief and commitment to continuous learning, he pursued a Masters Degree in Maritime Safety Administration from the prestigious World Maritime University (WMU) in Malmo, Sweden, and a Masters in Shipping Management from the PMMA.

In 1992, he  has shown in his vibrant sea-going career, rightfully earned him his license as a Master Mariner. He served numerous Philippine Navy ships, served as junior officer’s billet in various capacity, and where he eventually culminated as ship’s captain  to several ships of the Philippine Coast Guard.

A true son of PMMA, that always shows his potentials in and out of the workplace. A committed and a skilled leader, we salute you and thank you for your years of hardwork and best wishes on this next stage of your life.