The seal of the Philippine Merchant Marine Academy consists of figures from the sea carefully chosen to identify the Marine profession – the main reason for its existence. 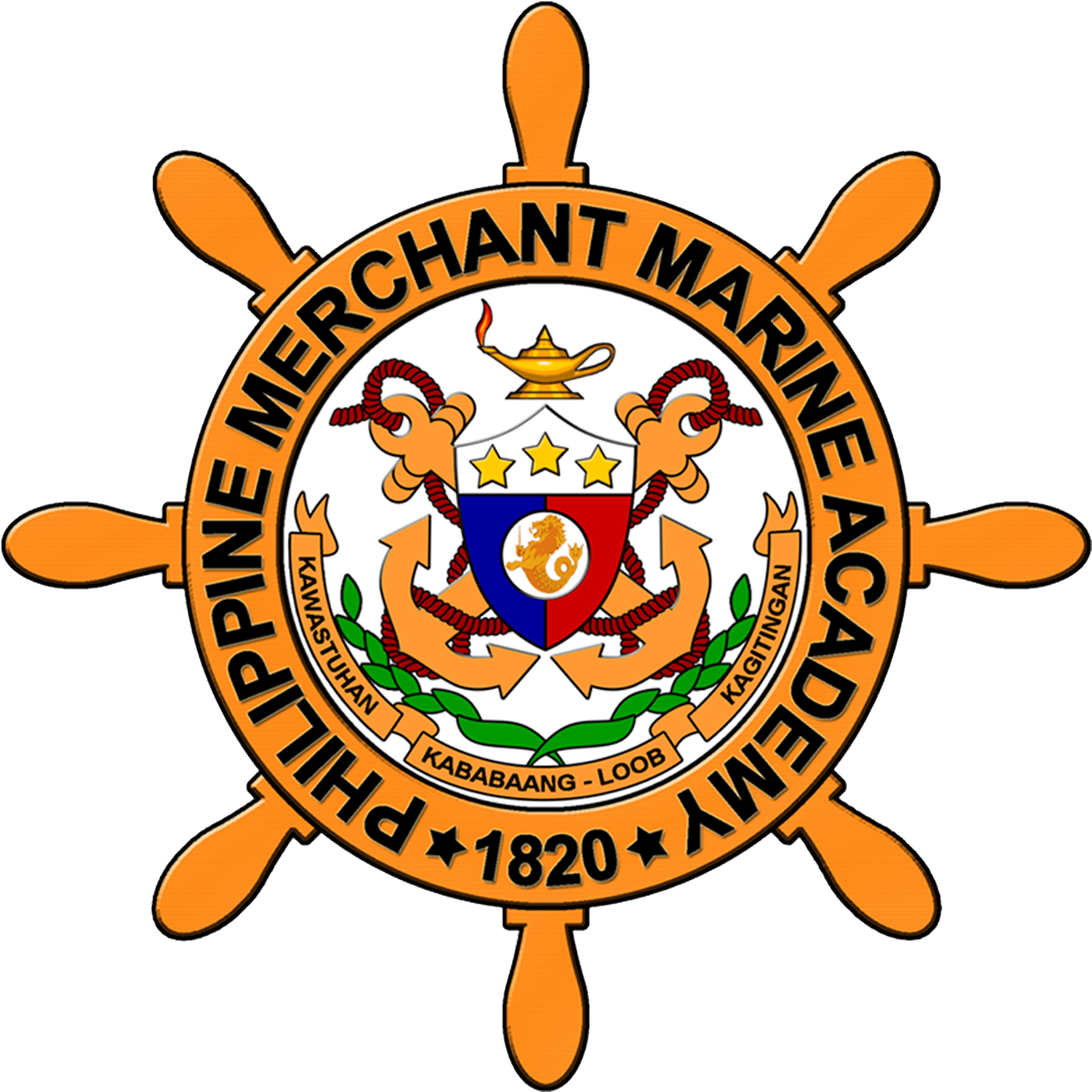 It is composed of the seal of the republic superimposed on a crossed anchor background, embellished by laurel leaves inside a gold steering wheel with eight spokes. The meaning…

Three Stars. The three stars represent the three main islands of the Philippines – Luzon, Visayas and Mindanao. It is a manifestation of one of the mandates of the Academy as a state college which is to provide subsidized education to qualified, deserving and interested applicants who wants to become merchant marine officers all over the country.

Sea Lion. The figure represents the Navy, the branch of service where a PMMA graduate is most fitted to join in times of war and national emergencies.

Laurel Leaves. It stands for honor, superior performance, nobleness and greatness of character, the time-honoured traditions that every PMMA Midshipman must uphold.

Kawastuhan, Kababaang-Loob, Kagitingan. These sacred words express the ideals of PMMA. These are the principles that are the guiding lights of PMMAers as they strive for excellence in every undertaking they engage into.

Steering Wheel with Eight Spokes. The eight spokes stands for cardinal points of a compass. This signifies that every effort exerted by a PMMA Midshipman is directed to a common goal, that is to become an efficient and a well-trained merchant marine officer who is at par or, even better than marine officers of progressive maritime countries.

Crossed-Fouled Anchor. The crossed anchor symbolizes the main course offered by PMMA – a bachelor’s degree in Marine Transportation major in Marine Engineering and Nautical Studies. The fouled anchor on the other hand, signifies that a Midshipman spends a minimum of four long years in the PMMA to learn and master the arts and techniques of “unfouling the anchor” and secure the ship from the ravages of the sea until she is finally settled and safe.

Aladdin’s Lamp. It symbolizes that the Philippine Merchant Marine Academy is an educational institution tasked to provide knowledge, skills, arts and techniques of the noble profession of seafaring.